Before half term, two groups of boys from Years 5 & 6 took part in the Math Quiz Club Championship. The teams competed against each other, alongside over a hundred schools across the country, to solve 30 questions of varying type and difficulty in the time allowed.

The boys competed brilliantly, with all four teams qualifying for the semi-finals on 14th June. We would like to wish all the boys taking part the best of luck for the next round! 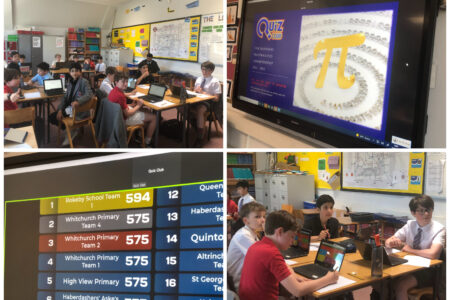